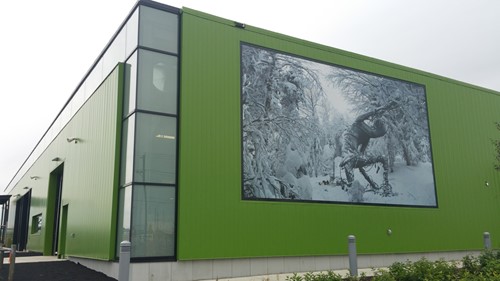 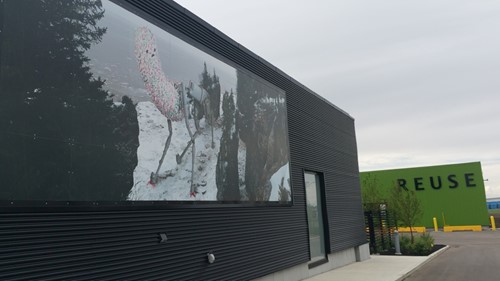 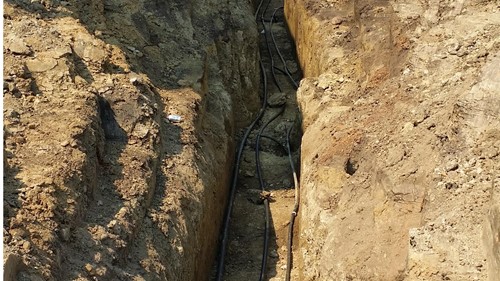 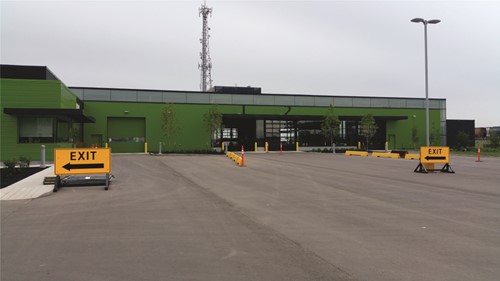 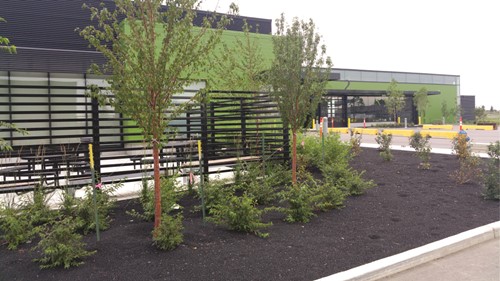 Like all public buildings the work for the Kennedale Eco Station was put out for tender and Chandos won the bid. Black & MacDonald procured the mechanical bid for the entire project and promptly contracted Think Mechanical to complete the geothermal portion. We immediately dived into Dialog Engineering's design for the geothermal system. Having extensive geothermal experience, we were able to work with Dialog to refine the design to meet the production requirements for the system.

Once we had the go ahead to begin the work, we brought in our drillers, Aqua Waterwell and Geothermal Drilling, to do the vertical borefield drilling. Drilling in northeast Edmonton is challenging due to the soil conditions below the surface, but that's why we work with John and his team. They have been poking holes all over Canada and know exactly what is below their feet. On their first day on site, down around 80ft they hit a sand seam and lost some drill stem. They restarted and hit sand again at 120ft. Having extensive experience helped them to get all the boreholes drilled in good time. Having to manage the water supply for drilling and the resulting moisture in such a small area was a challenge especially when several other trades are working around the same area. We built and managed a swale system to guide the water to a sump pit where we hauled it away to be dumped and cleaned.

Next came the trenching and headering. Once we made it down to header depth, we fusion welded the geothermal header to the vertical bores, thereby completing the geothermal exchange field. This part of the process went really quickly. Multiple pressure tests throughout the build process and a final flush of the system brought it up to completion.