Enjoy the comfort of in-floor warmth and the savings of hot water heating.

Something you'll love coming home to

If you've had in floor heating or have experienced it you'll know what we're talking about when we say nothing beats it. Like if you've left a blanket on the floor and when you pick it up it's all warm underneath, you just wanna crawl in and melt. Or coming in from the icy outdoors and your toes are frozen and you step onto the heated floor and your mood goes from "why do I live here?" to "where's the wine?" and you forget how winter can be unforgiving. As far as comfort goes, in-floor heating can't be beat, trust us, we know.

But that's not the only reason in floor is better

In floor heating is also more efficient than having a furnace or forced air heating, so on top of being more comfortable it's easier on the budget. Here's why:

Forced air furnaces use duct work which is very leaky - up to 30% of air isn't delivered to the outlets which means energy is being spent heating and blowing air where the sun doesn't shine. Also as ductwork travels through unconditioned spaces (cold crawlspaces/ hot joist spaces, attics etc) it loses some of its heat or cooling to those spaces making it less efficient. Radiant water lines can also lose some heat as they travel through unconditioned spaces but much less as they don't leak as they should be water tight. Also heat loss is much less through plastic tubing than through sheet metal and a good installer will insulate the pipe anyways. 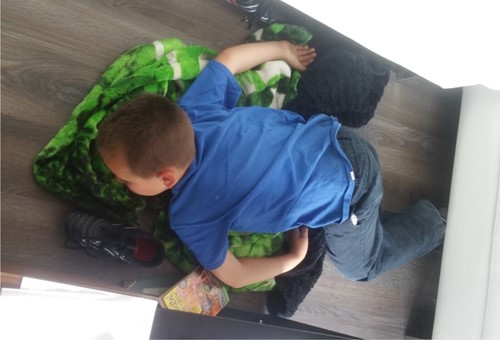 Forced air does have the advantage of being able to heat up the air quickly. The downside is it also cools quickly. Which means you get a yo yo effect with the temperature, fluctuating up and down. Now the new variable speed furnaces have overcome this quite well but still not as well as in floor heating.

It is much easier to zone a radiant system then it is to zone a forced air system. Not all areas of your home are occupied all of the time and not all parts of the home require the same temperature. Radiant systems are easily designed into a system and managed from the mechanical room, where forced air zoning components may have to be concealed in the ceiling. 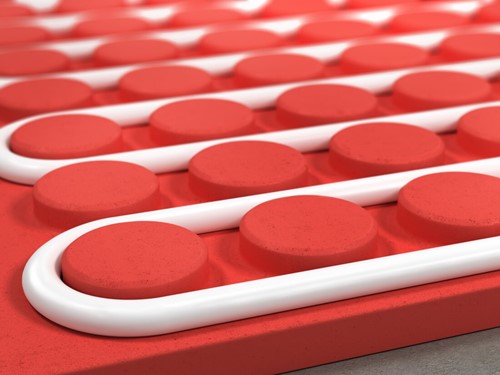 In floor heating systems are referred to as Hydronic Systems and as hydronics have progressed over the years naturally they needed to become regulated and training programs put in place. This is done by the Canadian Hydronics Council and you can find us listed here. We have designed and installed hundreds of systems in every configuration imaginable including geothermal, solar, boiler with in floor, baseboard, and fan coil distribution systems. Our ability to design the hydronic system as well as the wiring and control systems set us apart and we're proud of it.

Get Service Now Book A Consultation